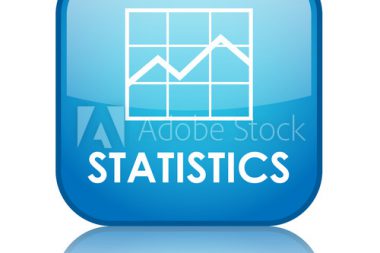 The second round of fixtures, following the Bundesliga restart, gets under way with a Berlin derby. It will be just the second ever in the top flight and the first played at the Olympiastadion. Hertha have the better form with an unbeaten run of three games compared to Union who are without a win in their last three. Over 2.5 total goals has paid out in Hertha’s last six league games and in four of Union’s last five matches. There may not be too many goals before half-time given the fact Hertha have scored two first half goals in their last 12 while Union have managed one more in their last 11. In the last nine games, Hertha have score 10 more goals in the second half than in the first while Union have netted 15 more goals after the interval than before it. Union will go above their hosts if they win.

Suggested bet: Second half to be the higher scoring half

Borussia Munchengladbach climbed above RB Leipzig into third in the table last week after 3-1 win at Eintracht Frankfurt and they will start as slight favourites against Bayer Leverkusen who also won on the road last time out when they secured a 4-1 win at Werder Bremen on Monday night. It was the second successive league game in which over 2.5 total goals were scored in a game involving Leverkusen while Munchengladbach’s win was the eighth game in a row in which over 2.5 goals paid out. Both these teams have a tendency to score the first goal, but which side will get their noses in front this time. If it’s Munchengladbach, it will be the seventh time in their last eight games in which they have opened the scoring while Leverkusen are looking to score first for the tenth time in 11 games. Munchengladbach have not trailed at half-time in 13 of their last 14 games while Leverkusen’s run of not trailing at the interval now stands at 18 consecutive games. The away team has won the last three meetings.

The form book suggests this should be a comfortable home win for Freiburg who have taken four points from their last two games. The enforced break because of the COVID-19 pandemic did nothing to bring a change in fortunes for Werder who remain in the bottom two following their 4-1 loss at home to Bayer Leverkusen. It was the second successive game in which BTTS had paid out in games involving Werder while Freiburg’s 1-1 draw at RB Leipzig was their second game in a row where there was at least one goal for them and the team they were playing. Bremen conceded the first goal on Monday night for the fourth time in their last five games and it they fall behind at the Schwarzwald Stadion, then they will have to buck a trend that has plagued them all season. Werder have taken just one point from a possible 33 when conceding the opening goal. Freiburg have scored in the 34th minute in their last two games while Werder conceded in the 33rd minute. Will there be a goal between the 31st and 40th minute?

The stat that jumps out ahead of Hoffenheim’s trip to Paderborn is the inability of both sides to score the opening goal. Paderborn, who remain bottom of the Bundesliga following their 0-0 draw at Dusseldorf, have failed to score the opening goal in their last six league games. Hoffenheim, who were soundly beaten 3-0 at home by Hertha Berlin, have conceded the first goal in their last five matches. Half-time team talks have often been rallying calls from the respective managers as both sides have struggled in the opening 45 minutes. Paderborn have not led at half-time in their last nine games while Hoffenheim have been in front just once at the interval in their last 13 fixtures. A bet worth considering is for both teams to score. BTTS has paid out in Paderborn’s last seven league games at home while Hoffenheim’s last two away games have seen goals for both them and their opponents. Hoffenheim are unbeaten in their last five on the road and they should extend that sequence to six at the Benteler Arena.

Suggested bet: Both Paderborn and Hoffenheim to score

Wolfsburg’s seven-game unbeaten run will be put to the test when they welcome red-hot Dortmund who won their fifth successive game when they beat Schalke 4-0 in the Revierderby last Saturday. Wolfsburg left it late to win 2-1 at Augsburg when Daniel Ginczek popped up with the winner in injury time. The score at half-time could be a telling factor. If Wolfsburg are in front, the chances are they will go on to win the game. The home side has won all seven games this season in which they have led at the break. Dortmund led 2-0 last week and went on to win to make it six games running they have won while leading at the interval. Dortmund’s clean sheet at home to their neighbours was their fourth in five games and Wolfsburg will have their work cut out to find the net against the side with their sights set on finishing the season as champions.

Bayern say their lead at the top of the table cut to one point when Dortmund eased to victory 24 hours before the gap was restored to four following the champions’ 2-0 win at Union Berlin. A 30th title is Bayern’s to lose with eight games left to play. And if they need any extra motivation to win this game, then there is the small matter of Frankfurt’s 5-1 win in the reverse fixture which was the last as Bayern manager for Niko Kovac who left Frankfurt to take the Munich job. Since losing their last league game, Bayern, who have outscored their opponents 40-6 in those 12 games, have conceded goals in just three of their last 10 league matches. Don’t be surprised if Bayern score in both halves as they have managed to do so in four of their last five including last week’s win in Berlin. Frankfurt have been slow out of the blocks in matches before and after the suspension. They have failed to score before the 37th minute in their last seven games. If Bayern get their noses in front, it could be a frustrating fixture for Frankfurt. Bayern, who have taken 34 of 36 points in their last 12 games, have won all 14 games this season in which they have led at half-time.

Suggested bet: Both teams not to score and under 2.5 goals

The return fixture on November 2 remains the highest-scoring game of the Bundesliga season so far. A total of eight goals were scored and all eight were scored by Leipzig with Timo Werner helping himself to a hat-trick. Leipzig led 5-0 at half-time and they will be expected to record another comfortable against the 15th place side battling to stay in the league. Leipzig have drawn their last three games and the six points dropped has seen them slip to fourth in the standings. Leipzig had to come from a goal down to rescue a point at home against Freiburg. Leipzig can be described as a second half team after Yussef Poulsen found the back of the net 13 minutes from time. In their last 11 games, Leipzig have been outscored 8-4 in the first half. In the second half of those games, they have outscored their opponents 17-3. If Leipzig are to challenge for the Meisterschale, then the margin for error is zero. They have to start winning and this should be an away win. Leipzig have only scored the opening goal in two of their last 11 games which should give Mainz hope. If the home side can score first, then Leipzig’s title hopes could end at the Opel Arena.

Cologne were denied a winning return to action last Sunday when they squandered a 2-0 lead at home to Mainz. With half an hour left to play, the points looked like being theirs, but they were pegged back by the away side who refused to give up. Sunday’s win was the 12th successive game in which Cologne scored and that run should be extended to 13 against a Dusseldorf that drew 0-0 at home to Paderborn in a game they would have targeted for a much-needed win to help ease them away from the relegation zone. Dusseldorf have conceded the first goal in 12 matches this season and they have not win any of them. Cologne have scored first in six of their last seven home league games and will expect to trouble the scoreboard operators first. Cologne’s win last weekend saw at least one goal in each half which was the fifth time in nine games in which they have done so and that includes their last two at home. Dusseldorf won the first meeting 2-0 but revenge should be Cologne’s.

Suggested bet: Cologne to score in both halves