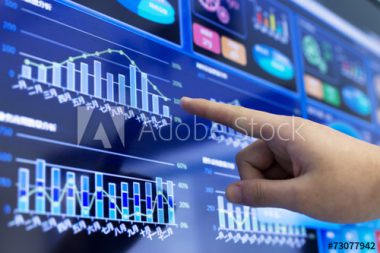 Dortmund resume the season four points behind current leaders Bayern Munich and they face a Schalke side harbouring hopes of playing European football next season. Dortmund outscored their opponents 27-9 in the eight matches before the lockdown and have scored the first goal in six of their last seven including their last four. Dortmund will be looking to score in their 15th successive league game. Schalke will hope the break will have helped them find a way of scoring a goal on their travels. They have failed to find the net in their last four away games and they have been nilled in five of their last seven. The away side have only managed one goal before half-time in their last eight.

One of the trends that jumps out ahead of this game is the frequency in which BTTS has paid out in matches involving Augsburg and Wolfsburg. In the last three home games played by Augsburg, who are two places above the relegation play-off berth, there have been goals for both them and their opponents. BTTS has landed in the last four away games played by Wolfsburg, who have scored 12 of their last 16 goals in the second half. Of the last 21 goals conceded by the home side, 18 have come after the half-time interval. Augsburg are without a win in their last five while Wolfsburg are unbeaten in their last six.

Suggested bet: Both teams to score

Dusseldorf host basement side Paderborn hoping they can pick up where they left off before the suspension of games in March. Dusseldorf lost just one of their last six, although four of them were draws. Paderborn have their work cut out to stay in the Bundesliga and a win this weekend will certainly lift spirits and give them hope for the remainder of the campaign. Paderborn have not let at half-time in their last eight and go into this encounter with just one point to show from their last six games. Dusseldorf have scored first in four of their last six while the visitors have conceded the first goal in their last five. Neither side has been involved in a goalless draw so far this season. Could that change this weekend in a cagey affair?

RB Leipzip have ‘on paper’ the most favourable run-in of the sides battling it out for the German title. Leipzig have five points to make up on leaders Bayern Munich and they will be expected to pick up all three points against Freiburg who are eighth in the table. Leipzig have won all 12 games this season when they have led at half-time and have taken 34 points from a possible 36 when scoring first, although they have not scored first in eight of their last 10 games. If the home side keep Freiburg to nil, it will be their fifth clean sheet in their last six games. A fast start would help the visitors but without a goal in the first 28 minutes of their last 12 games, the odds are against Freiburg from catching their hosts cold.

The suspension of football came at a good time for Hertha Berlin who had been guilty of starting games slowly before the break. In the three games prior to the decision to put the season on hold, Hertha conceded five goals in the first 10 minutes of their last three matches. The question is whether Hoffenheim can add to that. If their last games are any indication, then the answer is no. Hoffenheim have not scored before the 23rd minute in their last 10 matches. Despite that, this game could well see goals based on the fact over 2.5 goals paid out in Hoffenheim’s last six home games and Hertha’s last three away games.

Suggested bet: Both Frankfurt and Munchengladbach to score

Mainz are in danger of being involved in the relegation play-off and a trip to Cologne could be a tricky return to action for them. If both sides pick up from where they left off before the suspension of the league, then goals should be guaranteed. In Cologne’s last eight games, the total match goals have been – 4, 6, 4, 5, 5, 3, 3 and 3. The total goal in Mainz’s last seven away games have been – 8. 6. 3. 5, 4, 4 and 4. Mainz have conceded six goals in the opening 30 minutes of their last eight games.

Bayern Munich’s destiny is in their own hands over the last nine games they have to play. Win them all and they are champions again. Bayern are unbeaten in their last 11 league games and have registered clean sheets in six of their last nine. They have not conceded the first goal in their last 10 league games and have won the last nine games when they have scored first while Union Berlin have taken just one point from a possible 36 when conceding the opening goal. Bayern have not allowed their opponents to score within the first 20 minutes of their 12 matches. Union Berlin’s last four matches have seen over 2.5 total goals scored while Bayern’s last 10 away games have produced at least three goals.

The final game of this round of games comes on Monday night with Bayer Leverkusen visiting Werder Bremen. Fifth-placed Leverkusen should take care of business against Bremen who sit second from bottom. Expect a fast start from the visitors who have opened the scoring in eight of their last nine games. Leverkusen have not trailed at half-time in their last 17 league games while scoring goals has been a problem for the home side. Bremen have failed to score in their last five home games. Bremen have managed just five goals in their last 11 matches. Of the last 14 goals conceded by Bremen, 11 have come in the second half.