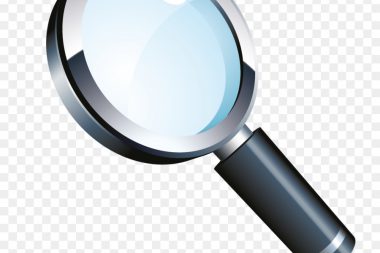 After landing 13 of 18 bets in the first two rounds of fixtures since the Bundesliga returned to action, I’m going for nine out of nine in this weekend’s fixtures.

Freiburg v Bayer Leverkusen
Freiburg are without a win in their last three while Leverkusen are looking to bounce back from their 4-1 home defeat to Wolfsburg. It was the third successive game in which Leverkusen scored and conceded in the same game. If both teams score in this game, it will be the seventh consecutive game in which BTTS will have paid out. The first meeting this season saw at least one goal for Freiburg and one for Leverkusen as the game ended 1-1. Three of the last four meetings at Freiburg have ended goalless.
Suggested bet: Under 3.5 goals

Hertha Berlin v Augsburg
With 19 total goals scored in the last four meetings, there could be more goals in this game especially if Hertha’s last eight games are anything to go by. Over 2.5 total goals has paid out in all eight. Before their goalless draw against basement side Paderborn, Augsburg’s last two games saw three total goals scored. The last two meetings in Berlin have ended in 2-2 draws. Hertha had to be patient in Friday’s 4-0 Berlin derby when all four of their goals came after a scoreless first half.
Suggested bet: Over 1.5 goals
Mainz v Hoffenheim
Since the last goalless draw in Rhineland between these two sides, goals have been a regular occurrence. In the last four games, there has been a total of 23 goals at an average of a goal every 16 minutes. Looking at the table, it’s hard to believe that Mainz, sitting 15th in the standings, beat seventh-placed Hoffenheim who are fighting to qualify for European football next season. Hoffenheim have drawn their last three league games on the road.
Suggested bet: Over 1.5 goals
Schalke v Werder Bremen
Schalke just cannot buy a win right now. Their winless run of 10 games is the longest in the league and while they still ninth in the table, their form suggests they could be dragged into a relegation battle, where Werder Bremen currently find themselves. Scoring has been a problem for both sides. Schalke have scored three goals in their last 10 while the visitors have four goals in their last nine. Conceding late goals has also been an issue. Schalke have conceded 13 goals in the final 30 minutes of their last 10 games while Bremen’s opponents have scored 16 goals after the 60th minute in their last 15.
Suggested bet: Under 3.5 goals
Wolfsburg v Eintracht Frankfurt
This could be a slow burner of a game as neither side has been quick out of the blocks in recent matches. There has not been a goal scored within the opening 10 minutes of any of Wolfsburg’s last 22 league games. As for Frankfurt, 15 of their last 18 goals scored have been in the second half. In Wolfsburg’s last 13 league matches, a total of 22 goals have been scored in the final 30 minutes. Frankfurt’s last seven games have seen 33 total goals scored at an average of 4.7 per game.
Suggested bet: Second half to be the highest scoring half
Bayern Munich v Dusseldorf
This looks like being a formality for Bayern who lead the league by seven points following their 1-0 win at nearest rivals Dortmund on Tuesday night. With just six games to play, the title is their to lose. Dusseldorf’s place in the Bundesliga next season looked in doubt, but a run of just one defeat in their last nine has given them a chance of avoiding relegation. Bayern have taken 40 points from a possible 42 in their last 14 league games. Dusseldorf could do with a quick start and if they manage to score beforte the 44th minute, they will be the first team to do so against the defending champions in 14 league matches.
Suggested bet: Bayern to lead at half-time
M’gladbach v Union Berlin
Both Munchengladbach and Union Berlin like to do their scoring after half-time. Of the last 28 league goals Munchengladbach have scored, 21 have come in the second half while 10 of the last 14 goals scored by Union have come after the interval. Over 2.5 goals has landed in Munchengladbach’s last three home games while Union’s last three away games have seen a minimum of three total goals scored.
Suggested bet: Over 1.5 goals
Paderborn v Dortmund
This is a battle between two teams needing wins for very different reasons. Paderborn are in danger of being relegated sat bottom of the table despite three successive draws. If they can’t turn those draws into wins, then their time in the top flight could be coming to an end. Dortmund’s title hopes are all but over after losing to Bayern and with Leipzig, Munchengladbach and Leverkusen breathing down their neck, the visitors need wins to claim second spot. Both teams have scored in Paderborn’s last eight home league games and they will do well to score against a Dortmund side who have conceded just two goals in 638 minutes of action.
Suggested bet: Dortmund to lead at half-time
Cologne v RB Leipzig
Cologne’s 3-1 defeat at Hoffenheim in midweek brought the total goals scored in the home side’s last 11 games to 44. It was also the 11th straight game in which over 2.5 total goals paid out. The score when these two sides met earlier this season was also 4-1 which suggests there may be three or more goals in this fixture as well. Leipzig’s defence could be the difference in this fixture. They have registered five clean sheets in their last eight, but they gave up two goals at home to Hertha earlier this week. Leipzig have trailed only once at half-time in their last eight.
Suggested bet: Over 1.5 total goals